UPDATE: After continuing investigations, detectives with the West U PD filed an enhanced charge of Felony ID Theft on Dill. His current whereabouts are unknown.

Between March 2018 and August 2018, three West University Place residents were victims of identity theft in which their personal information was used to fraudulently obtain credit cards. After a thorough investigation, two arrest warrants for credit card abuse were issued for the suspect, John Thomas Dill DOB: 06/20/50. Dill was arrested on the warrants. At the time of the arrest Dill was already on parole for a similar offense.

The district attorney’s office requested a high bond, with a minimum of $30,000, for both warrants on Dill for being a habitual offender. Magistrate lowered the bonds to only $7,500 each. Dill was ultimately released on the lowered bonds.

Since Dill was already on parole at the time of his release, a warrant for Violation of Parole was issued. After Dill was released, investigators have possibly located 6 additional West University Place victims of identity theft involving Dill. At this time, the parole warrant is still active and additional arrest warrants are pending. 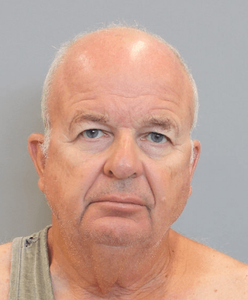