Bellaire City Council gives go ahead to FOBP to explore options for a new pound. 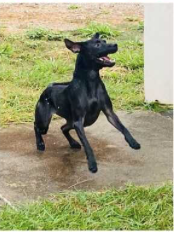 At Monday’s Bellaire City Council meeting, council members were unanimously in favor of a request by the Friends of the Bellaire Pound to initiate a project to replace the current Bellaire Dog Pound with a modular facility.

Rebecca Newton and Katie Snezhkova, co-founders of the Friends of the Bellaire Pound, have worked tirelessly to help animals that are found within Bellaire and placed in the city pound. They have given countless hours of their own time and have funded care for the dogs that go unclaimed. Their efforts took a sad and frustrating turn when a dog they named McFlurry died after trying to escape by climbing over a fence between the dog runs. Since the pound is unmanned, no one knew McFlurry needed help until it was too late.

However, the ladies turned their sadness into action and started a petition on change.org where they received 1,595 signatures from area residents who backed them in their efforts to improve the City’s pound. 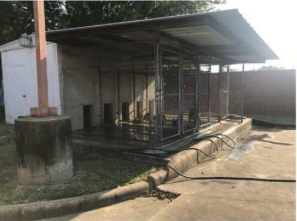 Bellaire Police Chief, Onesimo Lopez, recommended that City Council direct staff to initiate a project to explore the cost and specifications of a modular animal control facility to replace the existing dog pound. The current pound has no climate control and it floods.

While repairs were made to the fencing after the death of McFlurry, the facility still needs vast improvements. Chief Onesimo said “repairs to the facility, up-fitting with heating and air conditioning, and raising the existing structure above the flood plain will easily run into the tens of thousands of dollars to accomplish and in the department’s opinion is not worth the effort or expense.” It was concluded that the pound was “a dangerous environment for both the City’s stray dogs and residents’ pets awaiting reclamation.”

The Chief said, “review of potential modular solutions provided by the Friends of the Bellaire Pound as well as internal staff discussions have confirmed that the estimated budget of up to $200,000 is a reasonable estimate of the costs related to demolition, site preparation, purchase, and installation of a modular pound facility.”

After a long presentation and discussion, Council directed staff to initiate the project of finding a solution for a better and more humane place for Bellaire’s stray dogs.