Early this morning at approximately 2:26 am, a West U Officer observed a suspicious vehicle parked facing the wrong way in the 2900 block of Pittsburg. As the officer began to approach the vehicle, the suspect drove off at a high rate of speed in attempt to flee the area. The officer initiated a pursuit on the vehicle which traveled throughout the Houston area. The pursuit ended once the suspects’ vehicle sustained major mechanical issues and became disabled. A high-risk traffic stop was conducted on the vehicle, but the suspect refused officers verbal commands and was confrontational. 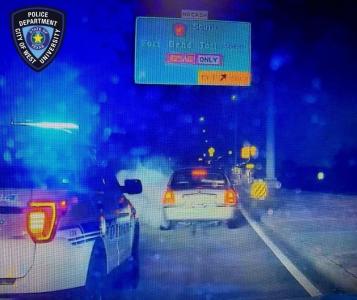