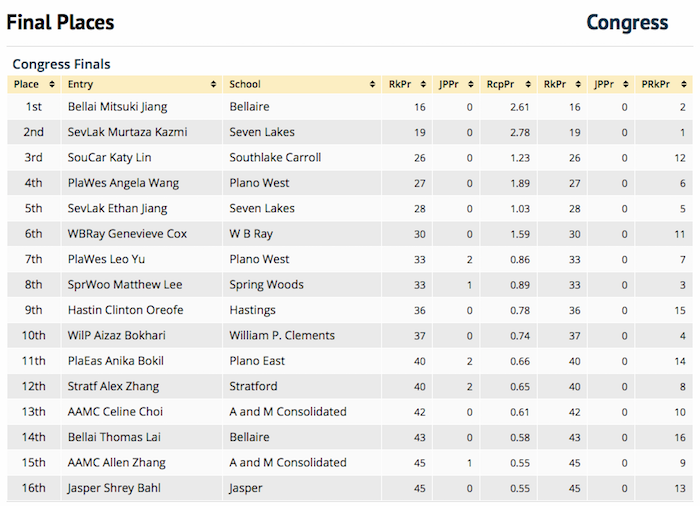 Mitsuki Jiang, a sophomore at Bellaire High School, won first place in Congressional Debate at the TFA State Tournament held this past weekend.

High school students from all over Texas had to qualify and competed in this four day tournament.  Last year, this annual event was held in El Paso, but due to Covid, this year it was online. Mitsuki will represent Texas in the Tournament of Champions National Tournament in April. She also won a first violin position with the Texas All-State Symphony this school year.