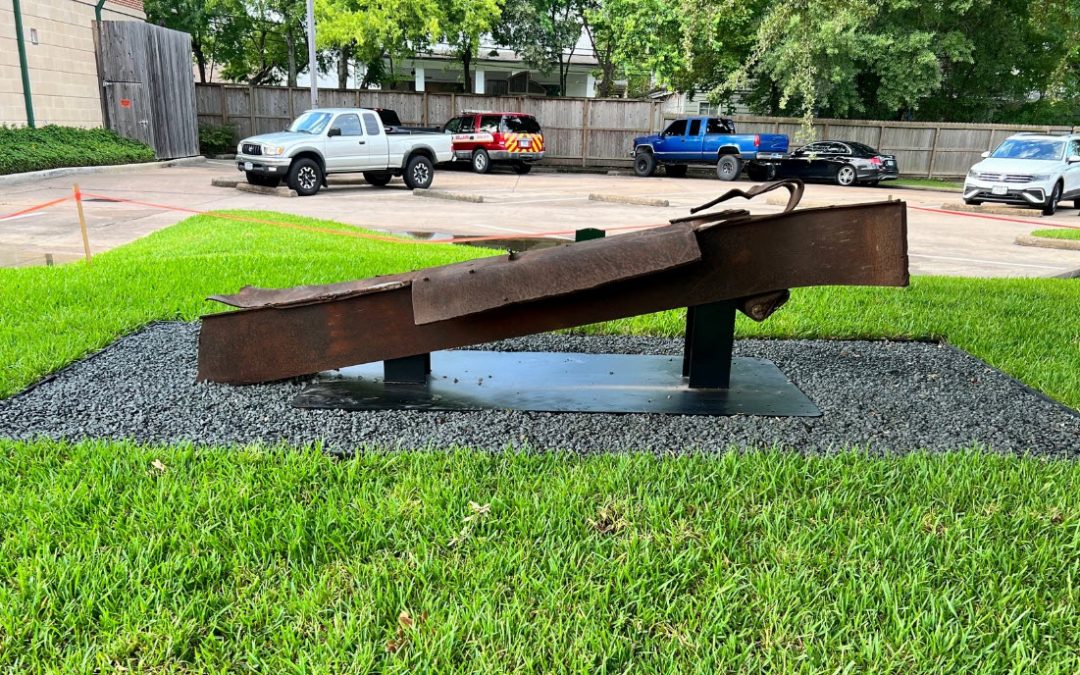 In his most recent blog post, Mayor Friedberg talks about the 11-foot section of a World Trade Center I-beam that was donated to the City of Bellaire in 2017. 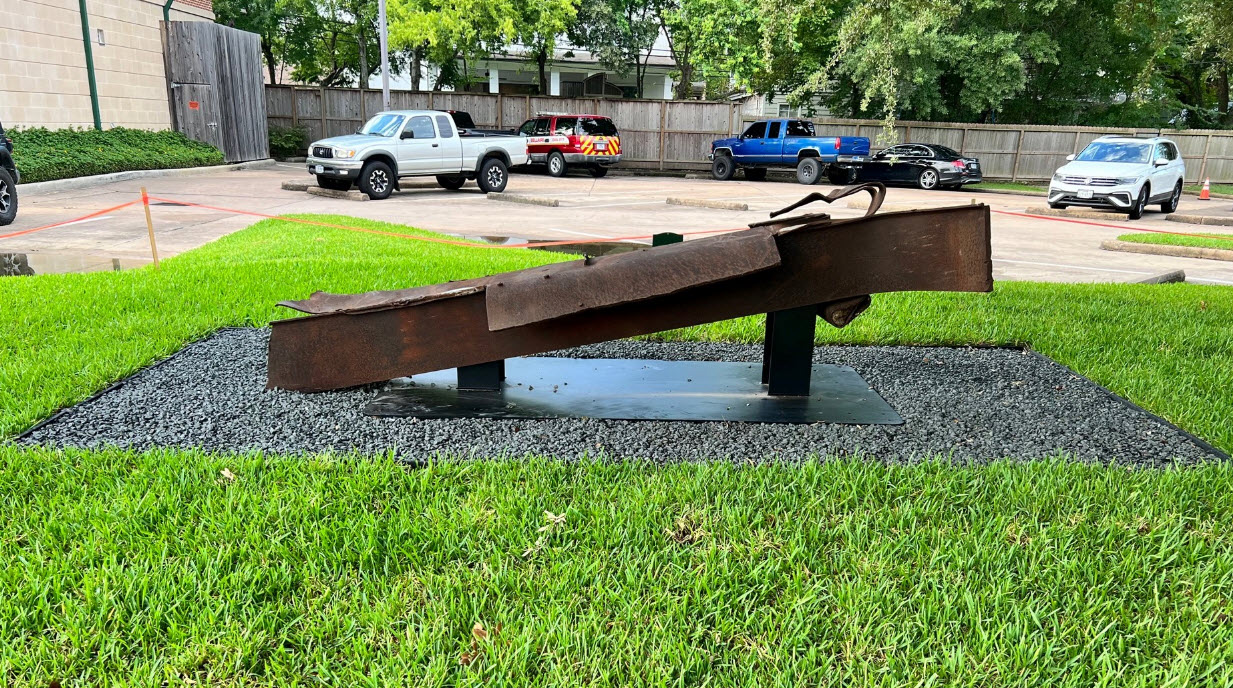 According to the Mayor, the steel beam has been in storage while the City has been working on plans for a privately funded local memorial. He says that “Last fall we were honored to loan the artifact to the Lone Star Flight Museum, where it served as the centerpiece of a special exhibit commemorating the 20th anniversary of 9/11.  Its return to Bellaire earlier this year was the impetus for a temporary installation plan, to keep it out of storage and accessible to the public, at no cost to the City and requiring only minimal funding from our community partners.

Friedberg explains that “our local 9/11 Memorial stakeholder group will continue working on the design and developing a fundraising strategy for a permanent exhibit, to be situated among the trees in the area between the Police Station and Great Lawn.  That location was identified as most conducive to creating a quiet, contemplative space, and as likely necessary to accommodate the more ambitious scale originally envisioned.  However, as the stakeholder group has been refining and scaling down the conceptual design, it remains to be seen whether what’s now the temporary location will end up being permanent.”

The City and stakeholder group will host a memorial ceremony and dedication this September 11 at 2:00 p.m.