Mayor Friedberg gives an update on the Bellaire Pound. 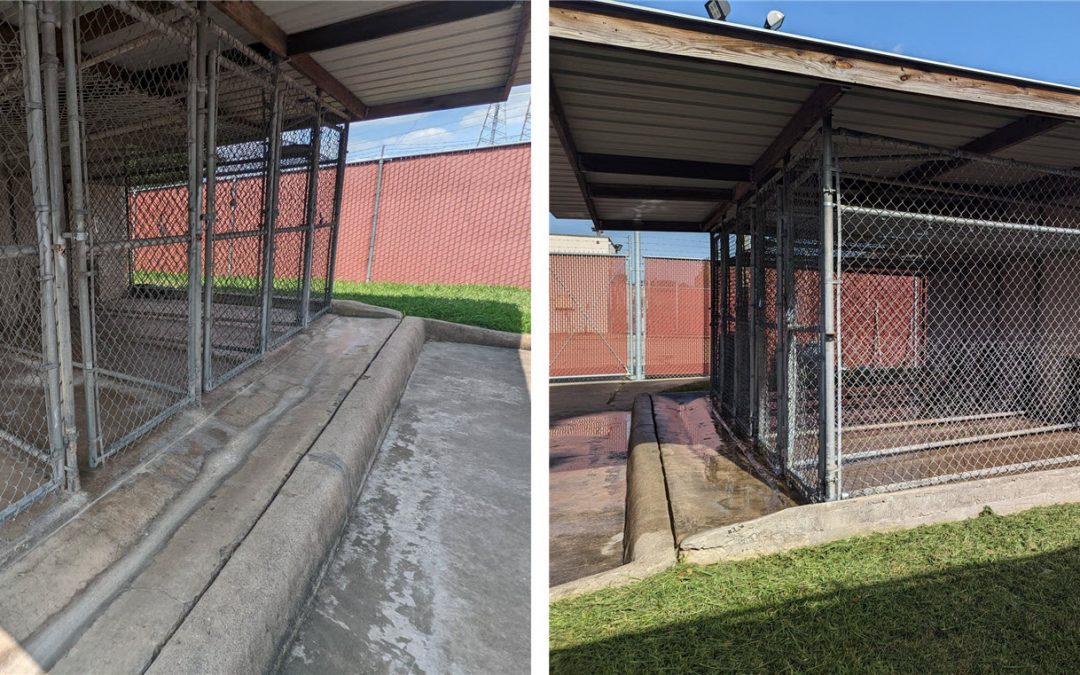 Mayor Friedberg gives an update on the Bellaire Pound in his latest Blog Post.

While most agree that the City of Bellaire Pound needs improvements or replacement, it has had to compete with other City services for priority. The Mayor states, “It’s not that we haven’t cared about it; it’s just that it’s one among many needs competing for priority, such as a new library, public works building and Evergreen Park renovations, not to mention streets and drainage.  Improving or replacing the pound has long been somewhere in that mix but simply hadn’t made it to the top.  Significant public interest and input over the past year or so has certainly helped change that, and we’re pleased by all the progress we’ve made.”

He points out that “support for the pound featured prominently in the development of this year’s budget, which includes increased funding for operational expenses and maintains replacement of the facility as an identified project in the Capital Improvement Plan.  At the City Council’s direction, staff are currently researching options and developing proposals for a new pound to be considered sooner than originally contemplated.  We could potentially be ready to move forward with something in the fairly near future.”

The City has made improvements in operations, by hiring a full time Animal Control Officer, formalizing a relationship with the nonprofit Friends of the Bellaire Pound, and appointing an animal shelter advisory committee “on which FOBP is represented as well as a licensed veterinarian, as required by state law.”  The Mayor recognizes the Friends of the Bellaire Pound “whose volunteers have been instrumental in finding foster and permanent homes for impounded dogs, and pursuant to an operational agreement with the City also help in caring for them while at the pound.”  He also gives a pat on the back to Bellaire residents and others who have donated money and supplies to help support the dogs.

Mayor Friedberg is also concerned about some false information that is circulating on social media. He says “there are lots of well-intentioned people out there, which we very much appreciate, but there’s also lots of misinformation going around, too.  If one were to follow certain threads on social media, notorious for its lack of fact-checking, they might come away with a wholly inaccurate impression of the pound, as being chronically overcrowded, with multiple dogs in each kennel for days on end, disease ridden and suffering from extreme heat and egregious neglect.  Nothing could be further from the truth.”

He says “far from being overcrowded, the pound is actually never even at full capacity.  We typically have maybe five dogs in a given month, each for no more than seven days and usually much less, individually housed in their own kennels.  At intake they’re administered the Bordetella vaccine and immunized against canine distemper, adenovirus types 1 and 2 (hepatitis and respiratory disease), parainfluenza and parvovirus.  They’re given a broad-spectrum dewormer as well.  The dogs are let out into the grass and exercised for a minimum of 30 minutes to an hour, twice a day, by both the Animal Control Officer and FOBP volunteers.”

Photos from the City of Bellaire

“The notion that these dogs are left to bake in the hot sun is flat-out false, when in fact all of the kennels are shaded indoor/outdoor spaces and ambient temperatures have been measured and confirmed safe.  The enclosures are well ventilated and cool air is circulated by electric fans.  Note that consistent with applicable regulations and guidelines we do not use misting fans, to keep down the level of moisture that can harbor bacteria and yeast.  For the same reason, and to prevent the obvious choking hazard, the pound does not have flooring or bedding made of foam or similar absorbent materials.  Each kennel is furnished inside with a raised cot about seven and a half inches off the ground.”

Friedberg hopes that sharing this information about the Pound will help dispel the idea that the City of Bellaire is neglecting the dogs that spend time there.

He invites you to check out the City’s animal control page and to contact the Police Department with any questions you may have.